Celebrating Sun and Rum in Barbados

By Roy Stern aka Global Gumshoe

Great food and libations in this Caribbean paradise

Known as the culinary capital of the Caribbean, the small, lush, sun-drenched island of Barbados is home to some of the finest cuisine and rum in the tropics. The Barbadian people love sharing their food, drink, and culture with travelers craving authentic tropical tastes and experiences.

The British colonized the island in 1627. Since then, rum has been an integral part of Barbadian society. Sugar cane production was at an all-time high and the rich, gooey molasses that was part of the production process soon gave way to making the island’s favorite spirit. Today, rum is so popular that there are thousands of rum shops spread throughout the island, and almost every small town and village has at least one.

Start your spirit-ual adventure at Mount Gay Rum, which offers free tours and tastings of the various libations, including rum, which has been in production since 1703.

Today’s rums are smooth and flavorful — a major departure from the original alcohol, which was called Kill-Devil by the locals for its crude taste and imprecise distillation methods. Now the booze is available in every bar and restaurant as a rum punch.

St. Nicholas Abbey, the oldest surviving sugar plantation on Barbados, offers tours of the grounds (including the beautiful 17th-century Jacobean mansion). You’ll also learn about the process of making rum from sugar syrup and sample some of its special aged rum.

Of course, rum isn’t the only thing that Barbadians love; good food is equally cherished. Sandy Lane, the luxury five-star resort is one of the most beautiful properties on Barbados and is known for having the best brunch in the Caribbean. Endless food stations serve everything from sushi to suckling pig and a mountain of desserts, all with sweeping views of the emerald green waters of Payne Bay.

Many small eateries dotting the roadways around the island also serve up some fine eats. At Curry in a Hurry, the line queued at the takeout window indicates something delicious is cooking inside. Grab a flavor-packed roti filled with tantalizing combinations such as lamb or salt fish with potato or dhal with rice and curry. Prices start at an affordable $6.

Barbadians love a good party, and each November, they host the Food and Rum Festival. This year’s event was held at various venues on the island and showcased the best of Barbadian cuisine. Oistins fishing village on the south coast was selected for the festival’s opening. Here, you would normally find little shacks cooking great regional food, but on this moon-lit evening, the vibe was pulsing with music, lights, and the aroma of meat and seafood being grilled.  Mixologists showcased their own award-winning rum punch recipes, and local chefs featured their restaurants’ specialties.

For the second year, world famous Michelin 3-star chef and restaurant owner Jean-Georges Vongerichten created an incredible menu for 500 guests at The Cliff Restaurant. Vongerichten used simple ingredients in his meal preparation and remarked, “I like to cook with fresh, organic, [and] when possible, sustainable [ingredients] that are in season, allowing them to speak for themselves on the plate.” His tropically inspired menu started off with Meyer lemon gelée combined with caviar and crème fraîche.  Next, in order, came tuna sashimi with coconut-lime, spiny lobster with romesco sauce, and spiced lamb chops. Dessert was a cooked-to-perfection warm chocolate cake with Barbadian rum and spice ice cream.

On the west coast, Britain’s celebrity chef Tom Aikens worked his culinary magic at the Tides Restaurant with its gorgeous décor of coral and mahogany. At 26, Aikens was the youngest chef to win two Michelin stars and has been wowing foodies ever since.

His five-course tasting menu included poached lobster with almond and cucumber, tomato consommé, and a roast lamb loin with spiced piquillo pepper. Dessert was lemongrass-infused strawberries with honeycomb and white chocolate. Each course was paired with a rum-based cocktail like Heated Passion, made with fresh passionfruit, Mount Gay Rum, and prosecco.

Many of the island’s native fruit trees and early farming methods have been lost over the years, but efforts are underway to revive them. At Coco Hill Forest, for example, a resident is using agroforestry methods, including vertical farming, to grow bananas, cocoa, pineapples, and a variety of local herbs and spices in the jungle. Similarly, PEG Farm and Nature Reserve offers a two-hour guided tour of its biodynamic farm. Learn about free-range animal husbandry and permaculture as well as the native flora and fauna.

Barbados has come a long way since its origins as a British colony. Back then, its 21 miles of shoreline were dotted with cannons (463, in fact), many of which are still there. George Washington also visited in 1751, his only known trip outside the U.S.

Today, you can enjoy great food and drink and soak up the abundant sunshine at the pink and white sand beaches. But something more intangible ties it all together – the spirit of the Barbadian people. They are warm, friendly, helpful, and eager to share their long culture of hospitality in this Caribbean paradise.

FTC Disclosure: This was a sponsored trip, however, all opinions herein are the authors. 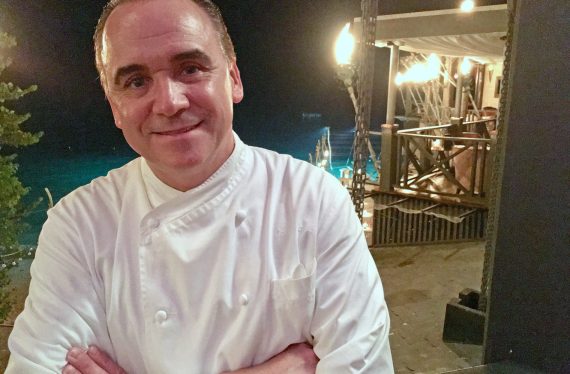 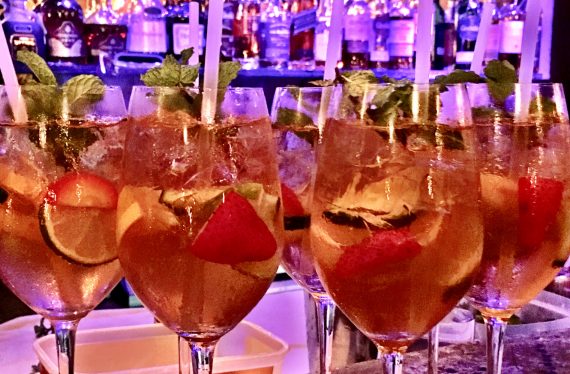