“Today we are happy to announce a new partnership with an airline that we have been after for some time, Copa, coming out of the Tocumen International Airport in Panama City,” Sealy said. “I of course want to take this opportunity to thank Mr. Pedro Heilbron, the CEO of Copa, who we have been talking with for a number of years, for finally making this flight a reality. As a matter of fact, he is announcing the flight today and it is going to be loaded on the Copa systems, so Barbadians and Panamanians and persons from beyond the gateway in either direction will be able to book from as early as tonight to fly Copa direct between Panama City and Barbados.”

The new service will feature an Embraer 190, which offers 84 Economy seats and 10 Business Class seats, for a total 94-seat configuration.

A member of the Star Alliance, Copa Airlines is the flag carrier of Panama and one the leading Latin American providers of passenger and cargo services to countries in North, Central, South America and the Caribbean. Its hub of the Americas is strategically located at Tocumen International Airport in Panama, and it offers more destinations and frequencies than any other hub in Latin America, leading the way as the most connected airport in the region.

“It’s important for several reasons,” Sealy added. “The government has been embarking actively on diversifying our source markets and the Latin American region of course has received attention. This partnership with Copa allows us not only to get business from Colombia and Brazil but also the rest of Latin America and we look forward to seeing the Latin America market grow tremendously.”

Building on Barbados’ long history with Panama
Also citing the cultural implications of the new service, Sealy said that he couldn’t help but mention the very strong historical connections between the Republic of Panama and Barbados. “We all know of the role that Barbadians played in constructing the Panama Canal, so there are many Panamanians with Barbados antecedents, and of course there are many Barbadians who will be delighted to go and see Panama. So even beyond tourism, the cultural exchanges that can ensue from this service are tremendous.”

Outstanding tourism performance is the key
Sealy’s announcement comes on the heels of yet another stellar year for Barbados tourism. Preliminary statistics have already revealed that both the air and cruise port arrival numbers surpassed those of 2017.

Speaking on last year’s performance, Sealy said, “We were expecting about 650,000 long stay visitors and we actually are at 660,000, so we have gone past our target in a very positive way and we are also satisfied with the strategy of increased airlift, of increasing room stock, of improving our product offering, and developing better events, that we can continue to see these numbers grow; and more importantly that the economic impact will also grow, thus seeing improved economic opportunities for this island, and of course, improved quality of life for all our citizens.” 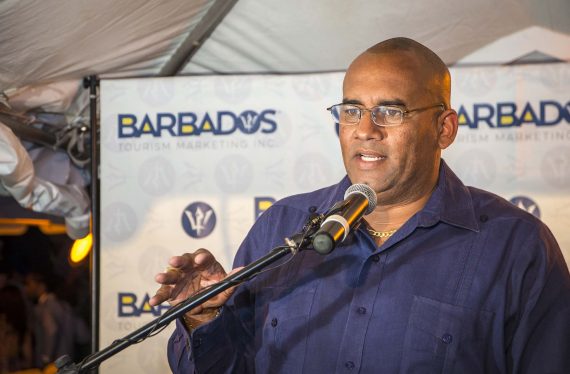